Next International Round Table Deinkability of Digital Prints is planned for fall 2014.
Contact: info@ingede.com

INGEDE at NIP29 in Seattle Sept 29—Oct 3, 2013:
Axel Fischer presented about The new EU Ecolabel for Printed Products and its Requirements for Deinkability on Oct 2, and gave a tutorial on Paper Recycling and Ecolabels, Deinking, and Deinkability.
http://www.imaging.org/IST/conferences/nip/index.cfm

INGEDE at the 2011 Spring meeting of the American Chemical Society

Andreas Faul presented "Simulating a Deinking plant in the lab" in a session dealing with deinking. Other presenters came from PMV, Darmstadt, Germany and from Hewlett Packard, from Georgia Tech and Western Michigan University.

DPDA–INGEDE Letter of Intent:
Collaboration on Deinkability of Inkjet Prints

INGEDE at NIP25 in Louisville

Hou T. Ng of HP (left) presented first results of lab experiments with variations of the deinking chemistry in order to improve the deinkability of inkjet and liquid toner. With drastically reduced yields for conventional offset prints (the majortiy of the recovered paper), this concept is still premature but an interesting approach to be further looked into. Axel Fischer of INGEDE, chairman of the environmental session, also presented about INGEDE's new deinkability certificate and how deinkability has been adopted as a necessary feature for eco-labels for printed products in Europe.

INGEDE at NIP24 in Pittsburgh 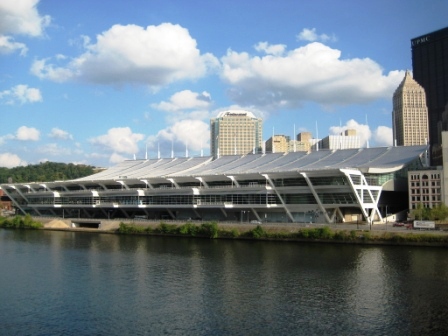 Axel Fischer of INGEDE gave a presentation on "Investigations of Deinkability and Ink-Paper Interactions" in the session about "Environmental Issues: regulations, green labeling, recycling, remanufacturing" on Wednesday, Sep 10, 2008.

The most important conclusions: INGEDE tested samples from drupa to find the first deinkable inkjet. And liquid toner remains a lot more difficult to deink than dry toner. This has been confirmed by a new test series.

Drupa 2008 has been called "the inkjet drupa" (see e. g. American Printer 8/2007). INGEDE tries to inform publishers and journalists about the problems that inkjet prints create during recycling and why undeinkable inkjet should be avoided for high volumes such as newspapers and direct mail.

Just discovered: Spare a thought for the paper recycler. An article by Bob Thompson of 1998! Explains nicely already the problems that waterbased create in flotation deinking (and why they create these problems). Only the dry toner part is outdated, these have improved alot since, especially in the production machines.

A new technical document by the "Technical Committee Deinking" is in German only as it is a statement of a German committee. One part of it deals with digital printing. The conclusion is a recommendation not to invest into liquid toner or inkjet technologies for production printing unless the deinkability questions have been solved. This document has been agreed upon with the German Printing and Media Industries Federation and other members of the paper chain in Germany who together with INGEDE have set up this "Technical Committee Deinking".

Recycling – What can the printing industry do to make it easier?

INTERGRAF, the International Confederation for Printing and Allied Industries, has published a brochure about the "Recycling of Printed Products". INGEDE was not involved in this document. From about p. 29 you find a chapter on interactions with the deinking process. We do not share the opinion on specks from toner based prints, at least not for current production range equipment. This opinion must be based on some more historic printer based test. What we do share is the opinion on waterbased inks and inkjet inks.

INTERGRAF brochure (copy on INGEDE's server; the document on the paperrecovery website has been moved)

The EU COST Action E46:
Improvements in the understanding and use of deinking technology

If you have any questions, do not hesitate to contact us!